On one of the coldest Thursdays of Detroit in 2009.  I took to the road with #19 on our way to Washington DC for the Inaugural Festivities for the historical election of our 44th President Barack H. Obama.  Bundled to the point of no return we endured the elements and participated in the whole weekend.  Due to the fact that all my emotions poured out on that election day in November when he won.  That day was all about witnessing the moment.  I did not choose to go this year but on this day several things have stood out in my mind as I reflect on the history of this great land and Black people.  Forgive me if you are offended by my terminology.  Saying African-American has never appealed to me. 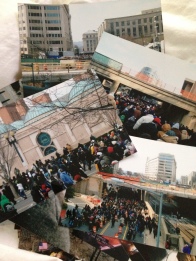 They funneled us all around

It was never ending…

We were on the move 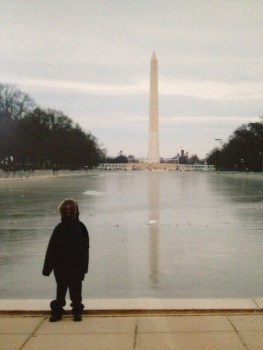 #19 at the Reflective Pool 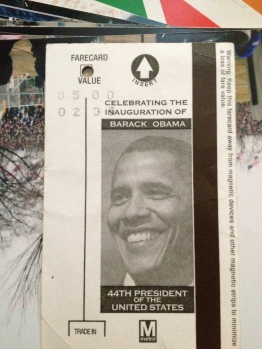 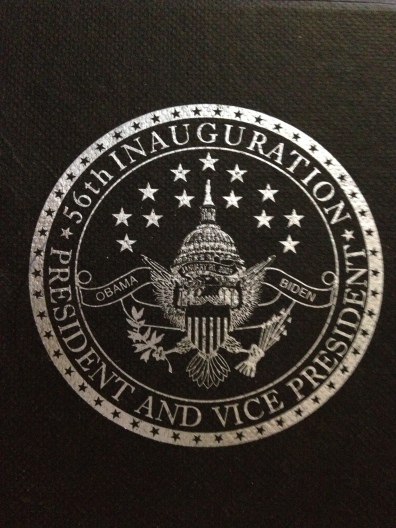 It was 150 years ago, 1863, when the great President Abraham Lincoln signed the Emancipation Proclamation: (just a small piece of it)

Okay, so it was almost the whole thing but I really couldn’t restrain myself as I read the words.  This was brought to my attention through a recent trip to see the Oscar nominated movie Lincoln and the outstanding performance by Daniel Day Lewis.  As the grand-daughter of sharecroppers, 4 generations from slavery I shed a tear as I reflected on the history of MY people.  Then as I prepared to watch the inauguration via comfort of my bed and warm house I realized it’s MLK Day and at the opposite side of the capital stands the Lincoln Memorial which is where 50 years ago Dr. Martin Luther King Jr. delivered his famed “I Have A Dream” speech.

“Five score years ago, a great American, in whose symbolic shadow we stand signed the Emancipation Proclamation. This momentous decree came as a great beacon light of hope to millions of Negro slaves who had been seared in the flames of withering injustice. It came as a joyous daybreak to end the long night of captivity.

It seems that history has led us here to this moment in time.  The theme of this inauguration was “Faith inAmerica’s future” which seems to be something that we need to hold on to and move into positively.  Sure we have a long way to go, yet we’ve come so far in 200 years.  We can see this in the confirmation of our 45th President Barack Obama.

As we celebrate Martin Luther King Jr Day and embrace the responsibility of our re-elected president as a nation, NOT just us minority of Black people.  Let us remember our work is never done as we move on as the campaign platform during the election suggests ~ FORWARD.  That’s the only way to move in progression, keep your smiles ready.  You never know how they can impact your possibilities and outcome.  Take in this moment in history.