It was the most unexpected thing I’ve experienced while parenting him.  The focus and drive he had to play this football was unseen.  He wanted to be at practice on time.  Hated to lose the games but wasn’t that excited about winning until they won the homecoming.  It was that night that I realized that football through him would be in my life FOREVER.  For the A team that had a discouraging record of 3-4 they pressed on and made it to the championship game.  As a mother, I was so proud of what the team and #19 accomplished. 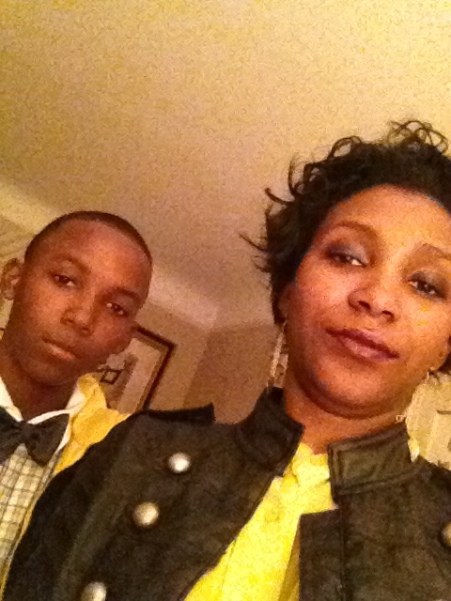 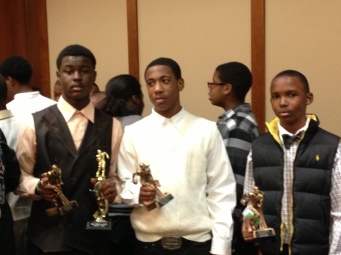 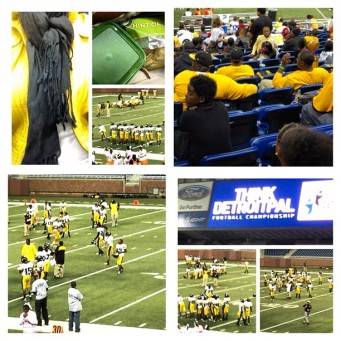 It felt good to be apart of his life as much as he is a part of mine.  As I’ve told you before, I missed out on so much by being at work all the time.  This meant more to me than him. (I think)  Although I think I experienced every weather condition out their cheering my team on it was all worth it, when he walked off that field and I was right there.  No fill-in this time because “My mom is at work”.  I was there and no one can take that from me… So next year I’ll be more prepared and we’ll have better Steelers flava (that’s the stylish way I put my clothes together for the game).